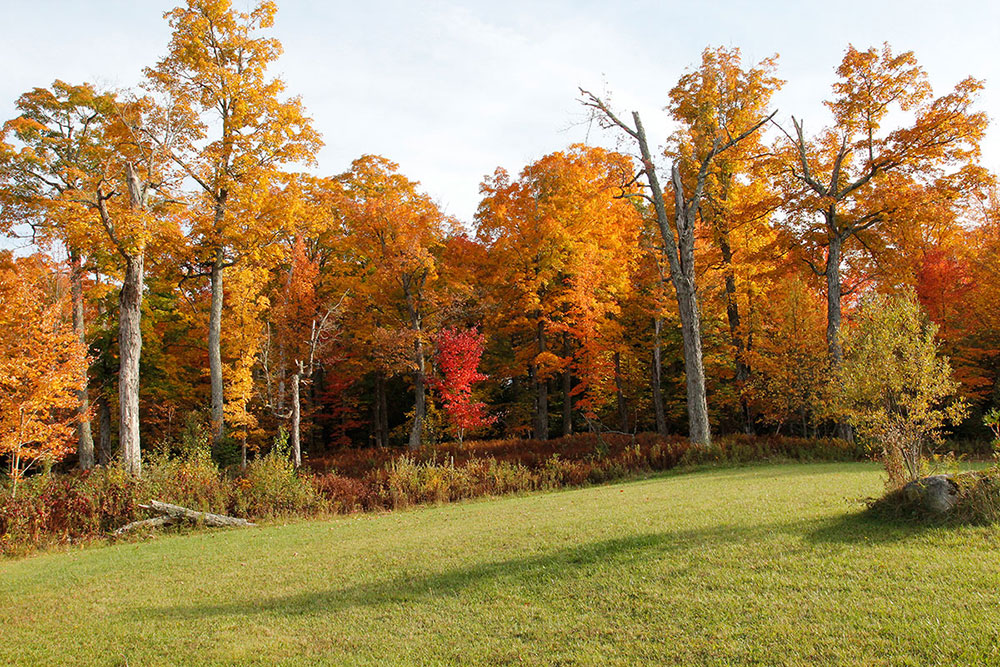 Located in the Northeast Kingdom of Vermont not far from the border of French Canada, is former Dick Higgins, Alison Knowles land. Multi-artist, art theorist and publisher Higgins ran the Something Else Press here, having moved it up from New York City in the mid 60s. John Cage, Allan Kaprow, Pauline Oliveros, Max Neuhaus, Philip Corner, Emmett Williams and many more artist innovators came to Barton to work on their Something Else Press books.

Morrow came often to Barton to collaborate on New Wilderness Projects. He bought Higgins’ sugarwood in 1979. Shortly after, Dick and Alison Knowles, who had separated, re-married. Dick joined Alison in Barrytown, New York, passing away in 1998. What remains is Higgins Lane.

Barton, Vermont is maple syrup country. In 1981,Morrow and friends built a sugarhouse with a traditional gull winged roof and began Roaring Brook maple products. In 1993, he cleared some of the land and built a house. Over the years, files, tapes, sound sculptures and artifacts from projects were brought to Barton.

In 2006, this became Morrow’s permanent residence. He moved Charles Morrow Productions and a production studio from New York City to Barton.

A virtual archive will live on “the cloud‘. The material assets of the archive will be negotiated with a major institution with research and a related collection. The goal of the archive is to provide access to Morrow’s artistic and commercial opus as well as his collection of New Wilderness and Fluxus works

Concept driven, the body of this work is seed for new works. The archive consists of:

As long as I have had a place to work and for people to gather, there has been synergy, a focal point and success. Given my need for an independent place of production, my adult life is reckoned as a series of sound studios: 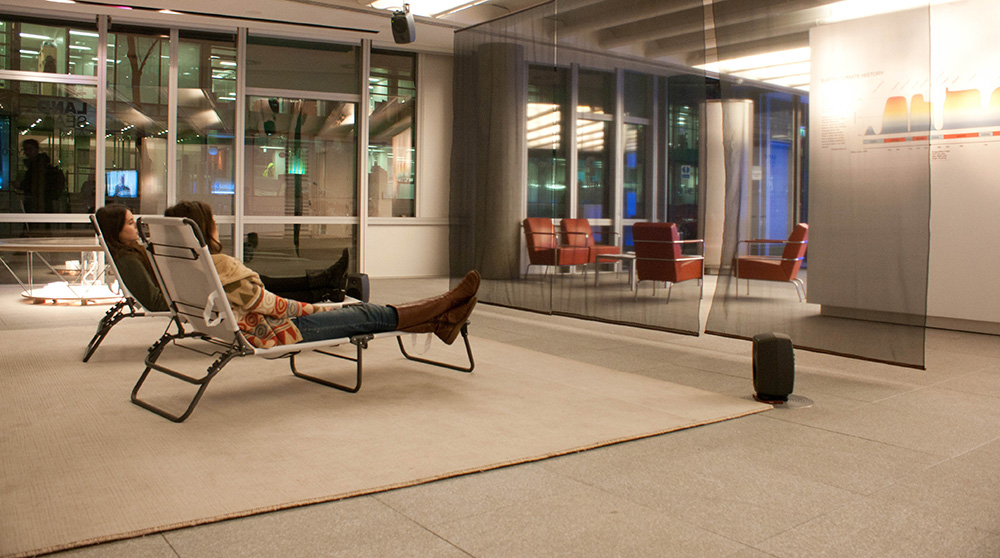 It has been owning a recording studio that made all possible, the recordings, broadcasts, audio publications and the amassing of an audio archive. I opened the studio in the 1960s when private studios were rare, then recorded and educated the experimental art community in its use.

Over the years, the sound of each technological wave became familiar. As I moved into True3D production, I find that you can sonically re-enter the production space of a recording through 3D expansion.

In 2010, we built our first True3D Listening Room in the studio of Finnish designer Harri Koskinen in order to present and produce in Finland. It became the new business model for us, a shared space. We closed our New York studio that year because we were not using most of the space often enough.

In the year 2011, I had not unpacked my New York studio in Barton, VT because we built a studio in Los Angeles.

By summer 2012, it was essential to have a first-class sound studio in Barton, both for True3D and for the now active Charlie Morrow Archive. Peter Frank is the curator for its development and touring shows. Jay Walbert is the archivist.

We are now integrating our growing network of Listening Rooms with the extensive archive of past projects, many of which are being developed for new lives. The Internet is the window into this vast world of over fifty years of collaborations and productions, and the sonic ingredients of all vintages.